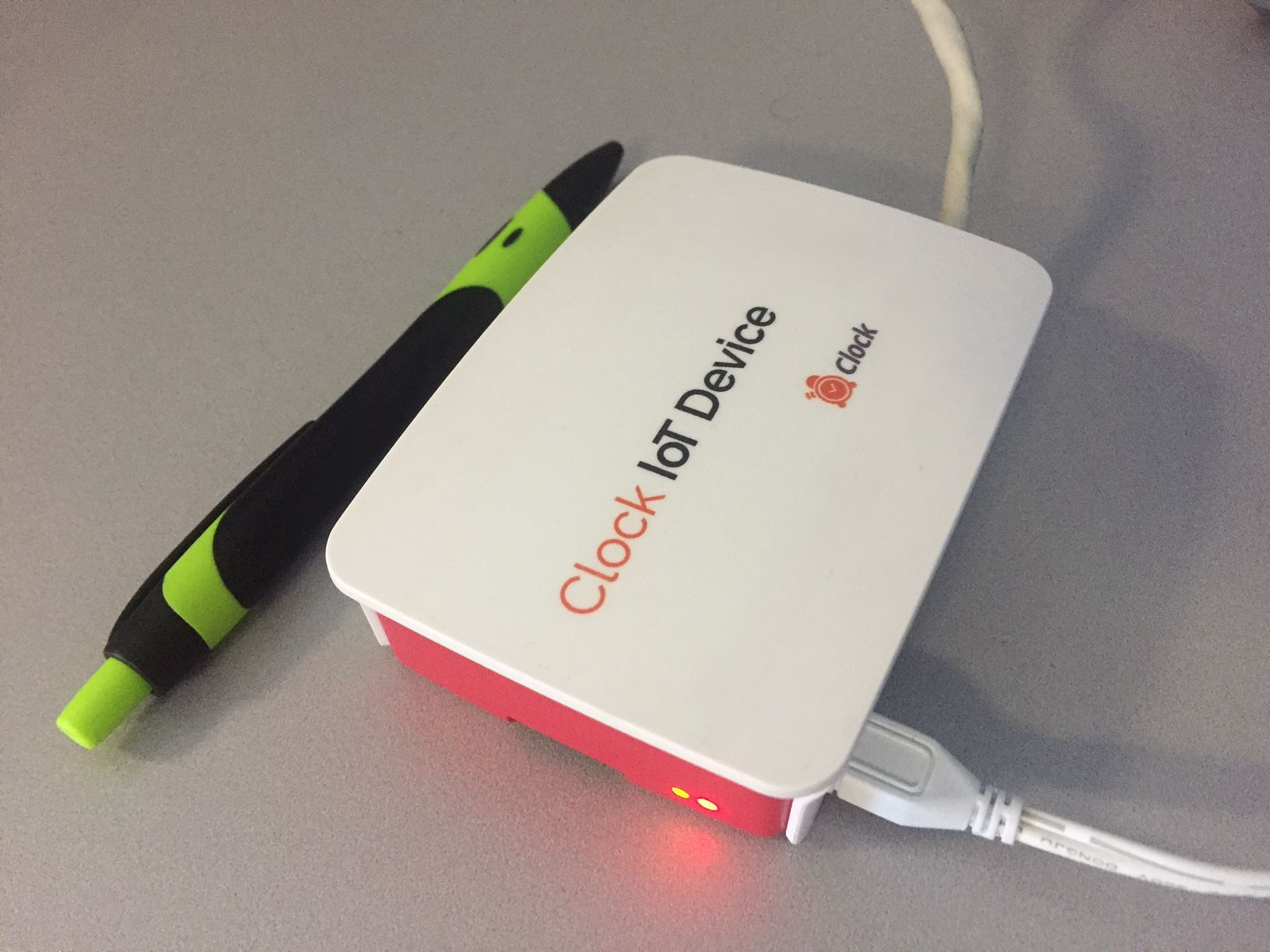 The Clock IoT device is powered by a Raspberry Pi mini-computer that comes with preinstalled state-of-the-art system software developed by Clock. This special software enables the above-mentioned bridge to devices and software, installed in your local area network.

Clock IoT Device is designed with strong security in mind.

Did you find it helpful? Yes No

Send feedback
Sorry we couldn't be helpful. Help us improve this article with your feedback.